The dry NH3 transect is 60 m long × 10 m wide. NH3 is released from a 10 m long pipe source down the transect; the NH3 system fumigates when the wind direction is in the right sector between 180° and 215°, and the wind speed is above 2.5 m s-1. The NH3 system uses the measured parameters of the previous minute and if they meet the above requirements it will then fumigate for 1 minute (Leith et al., 2004). 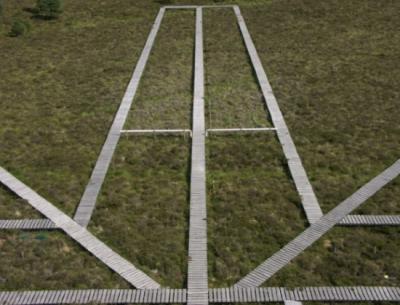 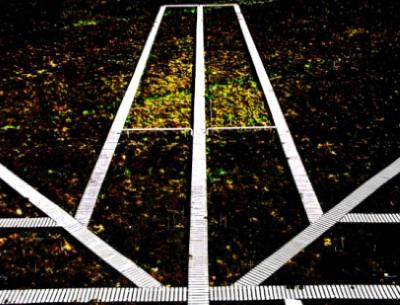 After one year of fumigation, deleterious effects of high concentrations of dry-deposited NH3 could be measured on several key species. Over time, damage has been detected further down the transect at lower concentrations and with accumulated N dose, and is linked to secondary environmental stresses such as cold winters or dry summers. Calluna and species of Cladonia lichen and the bog moss Sphagnum have now disappeared from parts of the dry NH3 transect where inputs exceed 10 kg N ha-1 y-1.

Any enquires about using the facilities or further details on Whim Bog should be addressed to Netty van Dijk.